EPK
The Bad Dad Orchestra are currently unsigned and self-managed in house.
The Bad Dad Orchestra are active on Social Media using Facebook, YouTube and Instagram regularly. The Bad Dad Orchestra can be contacted by email, Facebook Messenger, or through the websites contact form.
Who are the Dads?
A simple idea born of fatherhood, friendship and a love of music has flourished and taken shape, almost as far South as you can go.
Meet The Bad Dad Orchestra, a collective of nine dads, all of whom have played key roles in Tasmania’s vibrant music scene over the past decade (Guthrie, Bad Beef, Dublo, Box Money, The Devilrock Four, The Staunches, The Stayns, The Blackstone Dukes and Horehound – to name a few!), now basking in their inherent “dadness” and wowing audiences with a high-energy rock n' soul live experience.

THE BAD DAD ORCHESTRA formed in mid-2015 from a concept devised by the band’s late guitarist Liam Guthrie. The 9-piece band quickly established themselves as a powerhouse of Tasmania’s live music scene. An export of the highest quality you can only expect from Tasmania’s island state.

With a traditional line-up, of guitars, bass & drums, a keyboard & 3-piece horn section THE BAD DAD ORCHESTRA brings big grooves, with snappy horn lines and catchy as hell vocals from front-man Jimi Steele. Critics have likened THE BAD DAD ORCHESTRA to the classic sounds of Australian pub- rock with a modern twist, whilst others have named it a unique brand of soul.

Since establishing, THE BAD DAD ORCHESTRA have gratefully featured on some of Tasmania’s most popular festival line-ups, including Falls Festival (Marion Bay), Party in the Paddock, Forth Valley Blues Festival, Junction Arts Festival, The Taste of Tasmania, Royal Eve, Festivale, The Great Huon Valley Festival, Bruny Island Blues & Roots Festival – most in successive years, and many more.

With a number of SOLD OUT shows under their belt, more festival bookings and plans to record their debut studio album, these nine Tasmanian Dads show no signs of slowing down anytime soon.

Buy the Live Album Below!
Link to our shop. 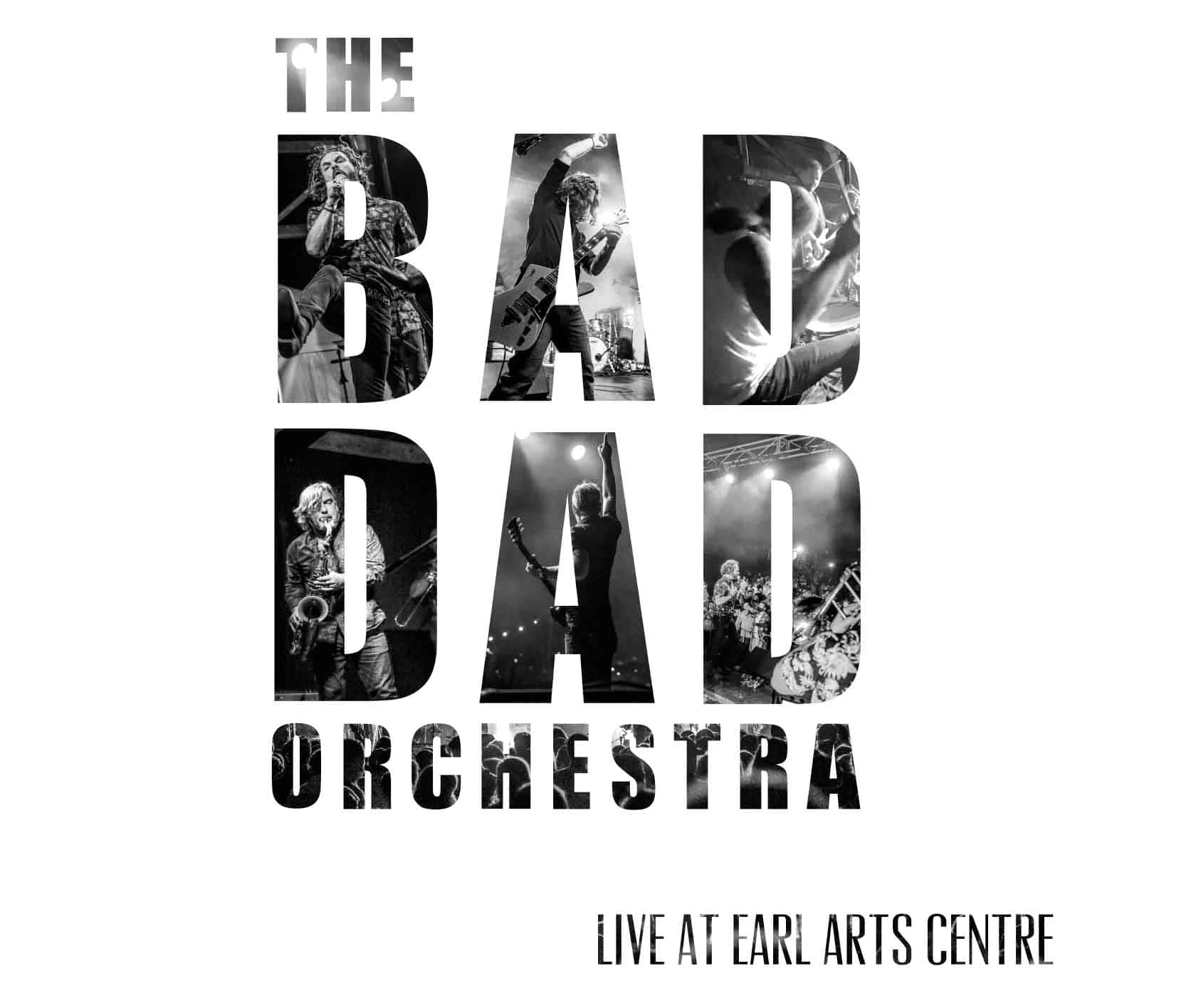 Luke Darcy - Triple M, Melbourne
I don’t know anything about the 8 blokes you’ve mentioned, but they’d be happy if nobody turns up to their gig. They’re away, they’re in Melbourne, they’re gonna have a good time no matter what.

Eddie McGuire - Triple M, Melbourne
There ya go. I hate to say it; is it a double header (when finding out the band are from Tasmania and playing in Melbourne).

Britt Andrews - Amnplify
Calling it early: The Bad Dad Orchestra are the band to beat today at PITP2017. Absolutely killing it on the main stage.

Ginuary.com
I was having too much fun filling my arms with treats and getting my dance on to the tunes of the Bad Dad Orchestra.

Caroline Gladstone - The Australian
Brace yourself for the Bad Dad Orchestra.

Check out our Film Clips and Other Vids 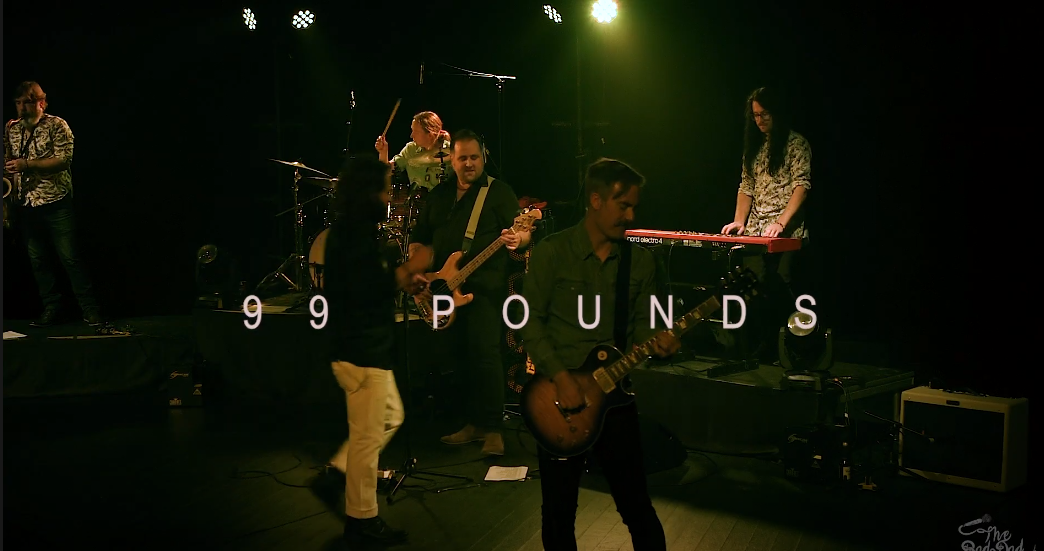 99 Pounds - Live 5:17
A cover of the song Ninety-Nine Pounds by Ann Peebles. Recorded and filmed live at an invite only show. 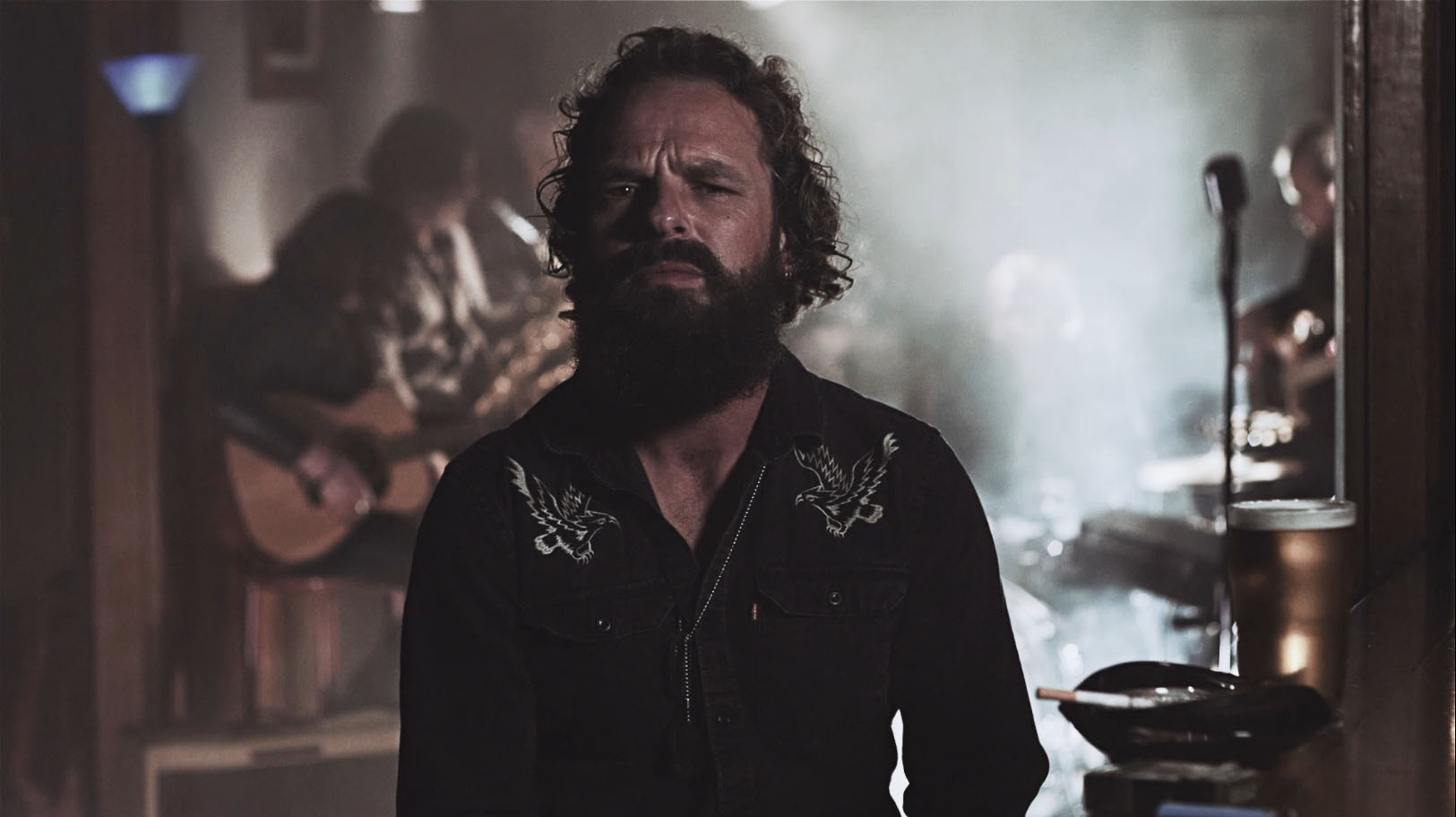 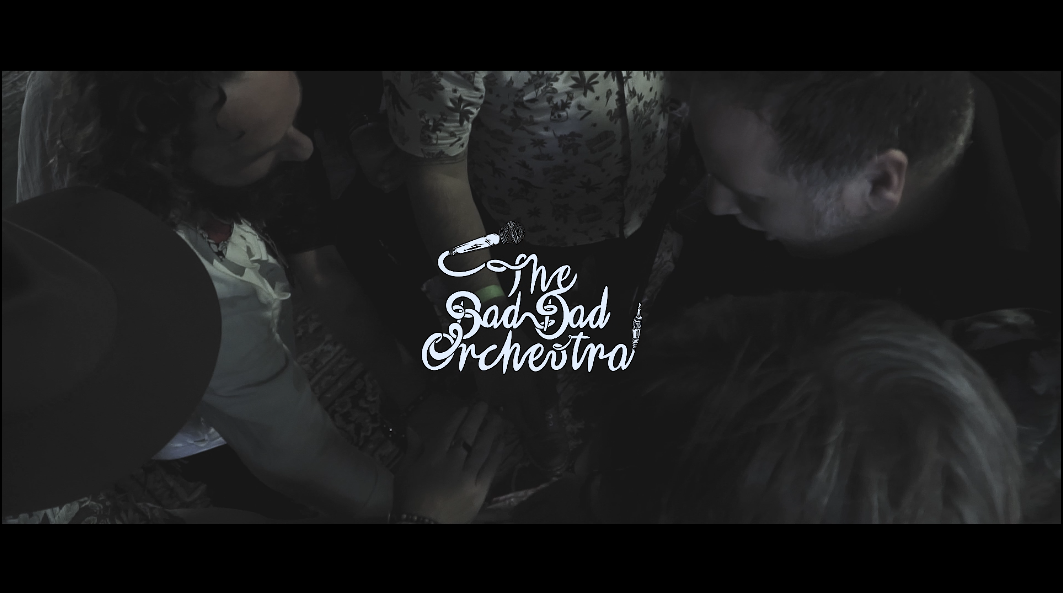 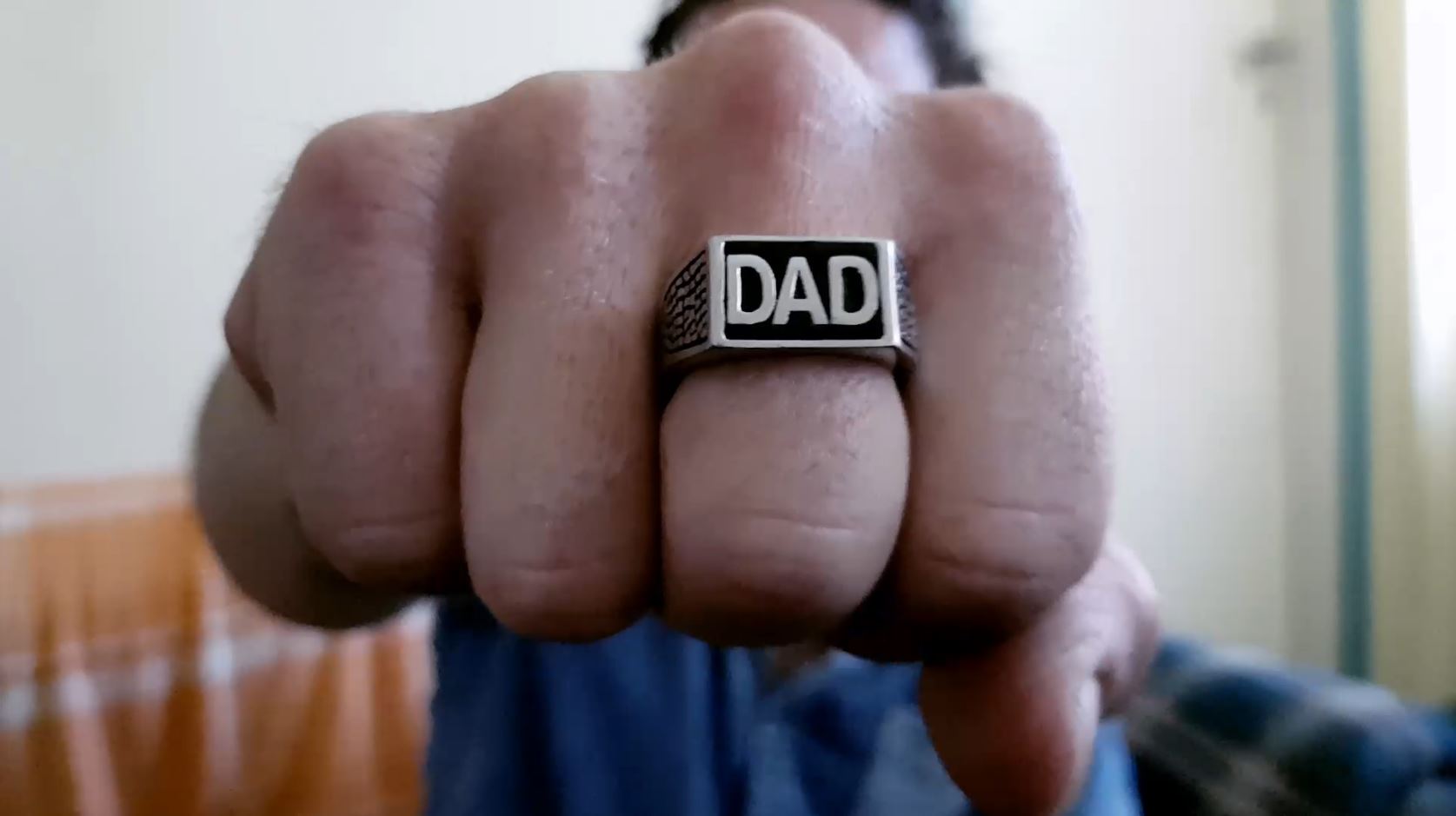 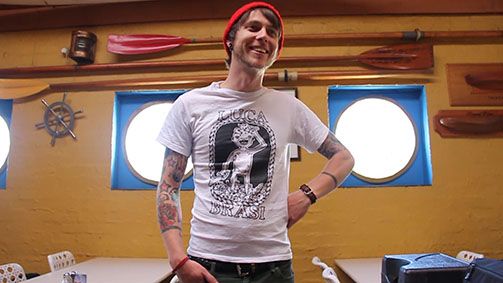 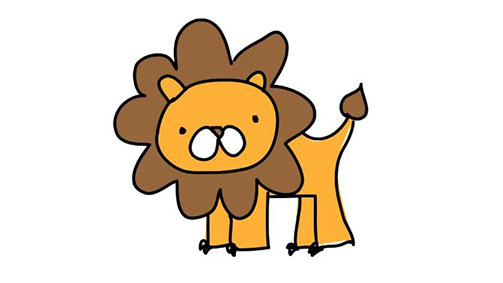 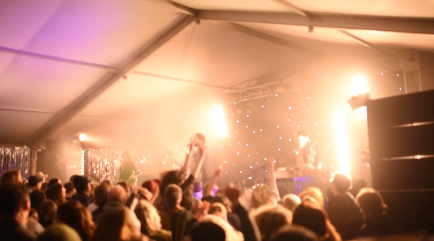 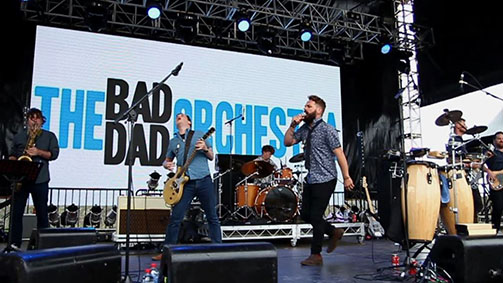 Birds of Prey - Live 4:18
Recorded and filmed live at an invite only show.

Trauma - Live 4:07
Recorded and filmed live at an invite only show. 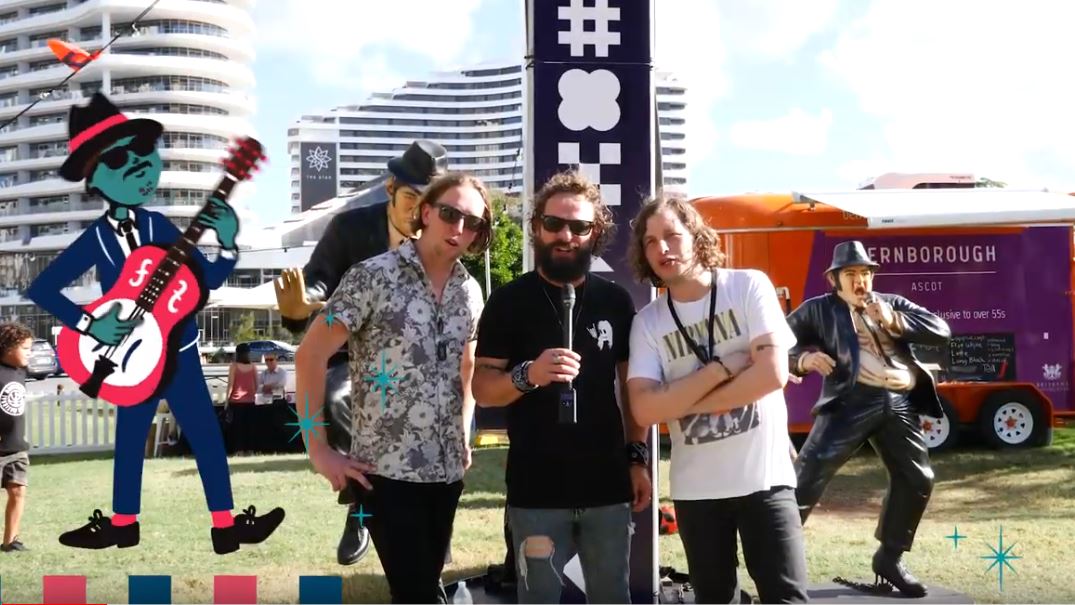 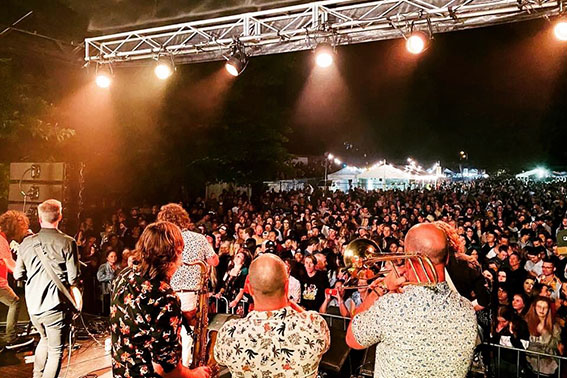 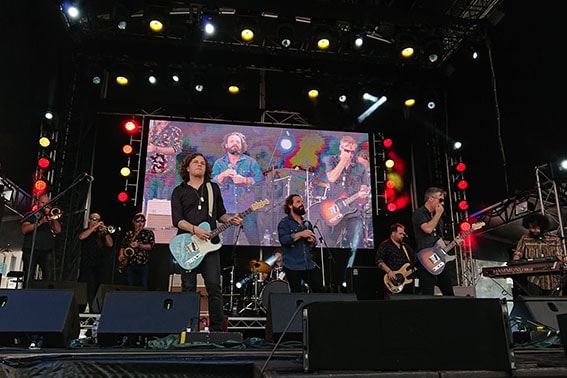 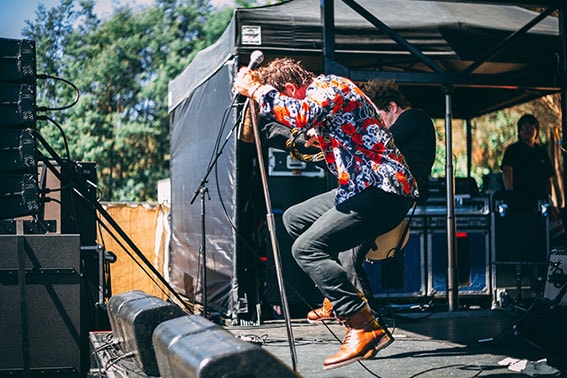 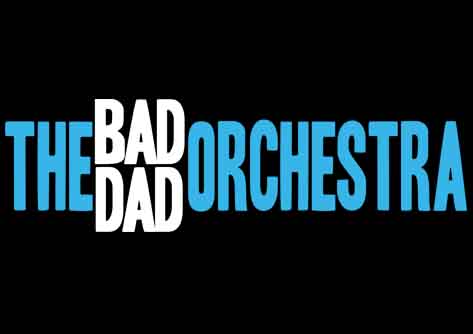 What Our Fans Say

Our fans are quite vocal about our gigs. Check out the chitter-chatter below

What a crowd! We hope you loved The Bad Dad Orchestra as much as we did!
Blues on Broadbeach
Fantastic show at Broadbeach Blues Fest - first time listener but now long term fan - you blokes rip!
Brian Daniher
Sexy has hit the Gold Coast
Melissa Burrows
Excited about The Dads being on the Caloundra music festival line up!
Kim Kotzen
Best Band from Tassie at the Blues on Broadbeach, get them back next year too!
Greg Miller
Wow, what a great set last night at Caloundra. You have a new convert!! (We made a good choice to pass on The Cat Empire.) Will be looking out for you in the future.
Kevin Timms
Loved you on the Broady. And all from Tassie!
Louise Seedsman
You guys smashed it at Beer Fest! Thanks for another great show dads!
John Collighan
Best live gig I've seen in Tassie "Bad Dad Orchestra" @ the Oak.
Jarrod Minton-Connell
Unreal show tonight. Very proud dad tonight front row watching the best most awesome band in Australia with my two amazing kids celebrating 2019 new years. Good show legends. Blown us away.
Jake Deacon
The best ...BEST ...sounds to come out of Tasmania since Phil Manning!.....BRILLIANT!!
Rod Wescombe
Gotta say, I had never seen you guys before Royal Eve, but it was one of the best performances I've seen. So much energy, fun and interaction with the crowd. Good job blokes.
Stewart Lawrie
Awesome EP listened on Spotify.
Deborah Medcraft
The Bad Dad Orchestra are legit the best live band in Tasmania.
Fraser Welmanshire Mainwaring
First time I’ve seen a Bad Dad gig.... you boys are awesome. Great afternoon at Festivale.
Rod Bracken
Killed it at royal guys.
Lewis Brian Lennon
Great show here in Hobart maybe u can come to Brisbane sometime.
Julie Conaty
You guys were awesome! Thanks for the show and Happy New Year!
Trudi Hogg
Totally killed it at Royal Eve Bad Dads! Such a great show!
Jenny Grimes
This a great band put them on your list.
Peter Westbrook
Lovin' your music guys. Keep it coming...
Debbie Sulzberger
You guys were sensational!
Sheyana Wijesingha